The large black and white birds are Magpie Geese (Anseranas semipalmata). Once common in the Hunter Valley they became extinct locally after the arrival of Europeans, due to loss of habitat and hunting. The Wetland Centre released a flock of goslings here in 1987 as part of a project to re-establish these geese in the Hunter.

They have a distinctive bump on their head, which grows with age and is slightly larger in the males. Magpie Geese use their partly webbed feet for swimming and their long claw-like toes enable them to perch on logs and in trees.

The Magpie Geese are fed daily at 10.30 am. This supplements the food they find in the wild. The number of birds visiting depends on how much food is available in the surrounding wetlands.

One of the aims of the HWCA when it was established was to provide wetland recreation, restoration, education and research.

The release of Magpie Geese goslings here to re-establish a wild population in the Hunter Valley, was an important early research project. In 1987, over 100 goslings were obtained from Victoria and transported to Shortland where they were held in captivity until they were old enough to be released in the grounds of the Centre. In 1990, to broaden the genetic base of our population, five goslings were gifted to us from the Northern Territory and when mature were also released.

The release program has been very successful as Magpie Geese can now be seen in many parts of the Hunter Valley and the numbers are growing showing successful breeding.

Interestingly, Magpie Geese have not been spotted breeding at HWCA but young families are regularly recorded on site, probably coming from other wetland ponds at Sandgate.

Magpie Geese are grazers, feeding on wetland plants such as water ribbon and other aquatic plants found in wetlands. We feed the geese a mixture of laying pellets, wheat ad other grains. We never feed bread to any of the birds you see on the ponds. It is not good for their digestive system and if not eaten pollutes the water.

Magpie Geese are the only geese that can perch in trees. They have a claw-like spur on the back of their feet to help them balance in trees. 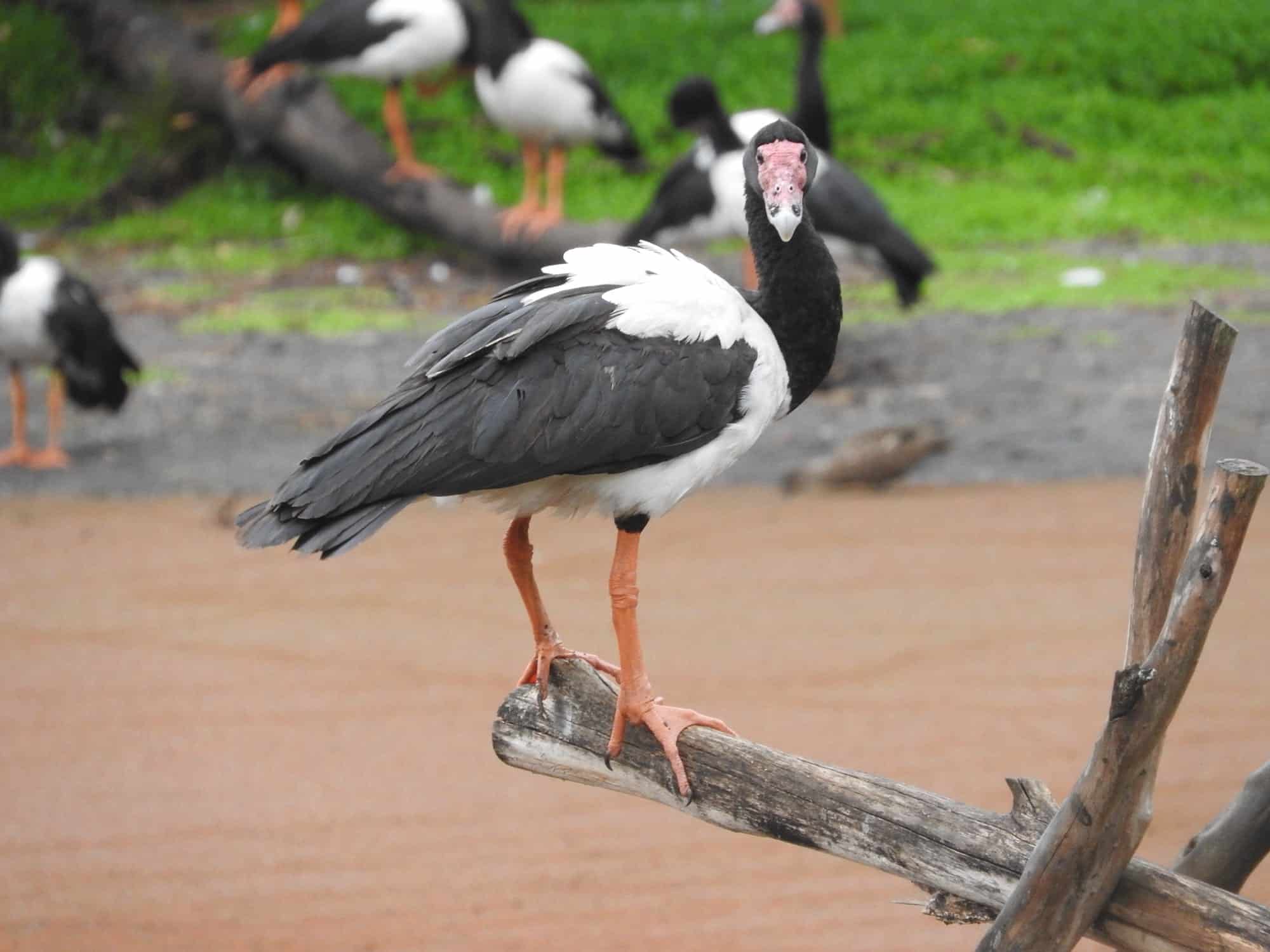